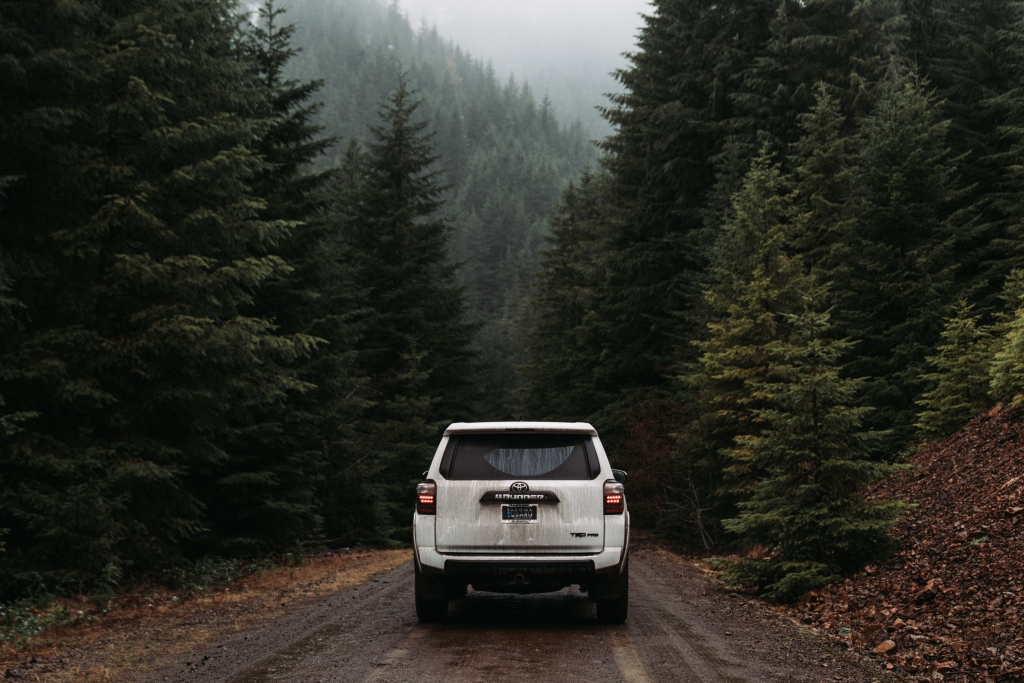 Mercedes and I traveled out to the Olympic National Forest and NF-23. Heading there it was pouring down rain. In Skokomish, there was several places where water was over the roadway, but was easy to get around.
Once we started to go up NF-23 it cleared up. There was barely anyone out past Vance Creek Bridge. When I did this in the Crosstrek I worried about every little bump, but now in the 4runner it makes light work of the bumps.
Past Spider Lake we started to get some snow on the side of the road. It wasn’t until we started going up a bit that we ran into very minimal snow/ice on the national forest road.
When we got to the clearing we stayed there for a bit to watch the clouds pass through the mountains. That has to be one of my favorite parts about the Olympics.

We made it to my favorite camp spot and it was a mess. There was beer cans and trash all over. I took some time to clean it up before setting up my own fire. The people before left a bunch of wood there too, but it was all soaked from all the rain we have been having. They were kind enough to even leave the plastic it came in -.- …. 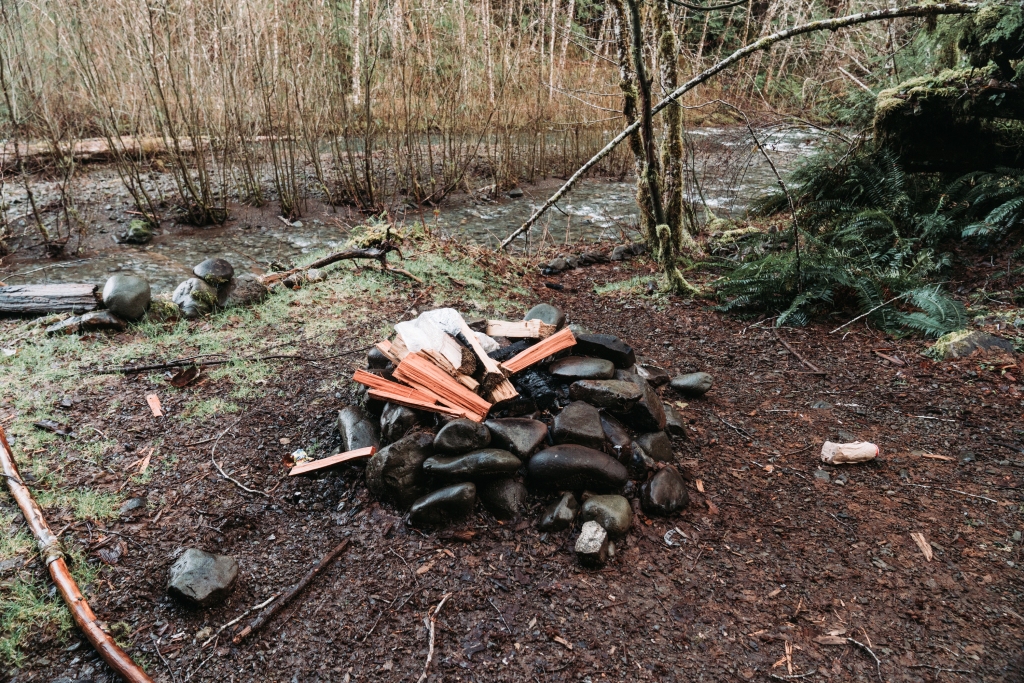 The fire picked up pretty fast sine the wood I had was really dry. Today on the menu was Sirloin burgers. One for me and one for Mercedes. Chopped up the onions and mushrooms and tossed it in the cast iron with some butter. I let it simmer for about 5 minutes before putting in the burgers. After the burgers were done I put the sourdough bread in the pan to soak up some of the juices, then toasted it over the fire. My goodness, what a tasty burger. Mercedes scarfed hers down. 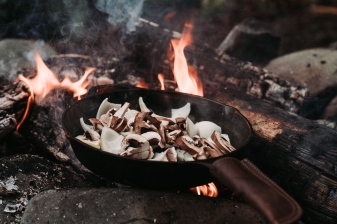 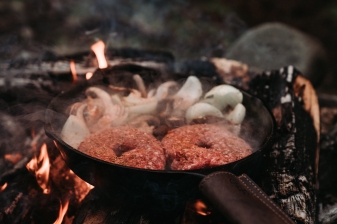 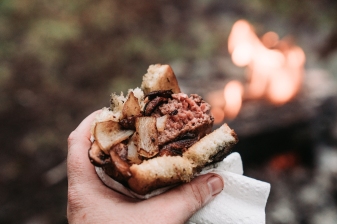 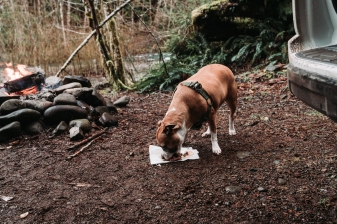 We (I… she jumped in the car and watched lol) cleaned up and headed out. She really likes the windows in the 4runner. She can look out with out having to jump on the door handle. We made it home in one piece and she is now racked out snoring next to the computer. Day 3 of owning the 4runner and I am completely infatuated. 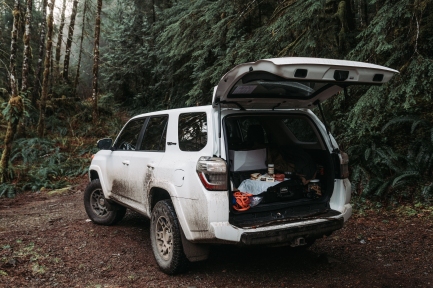 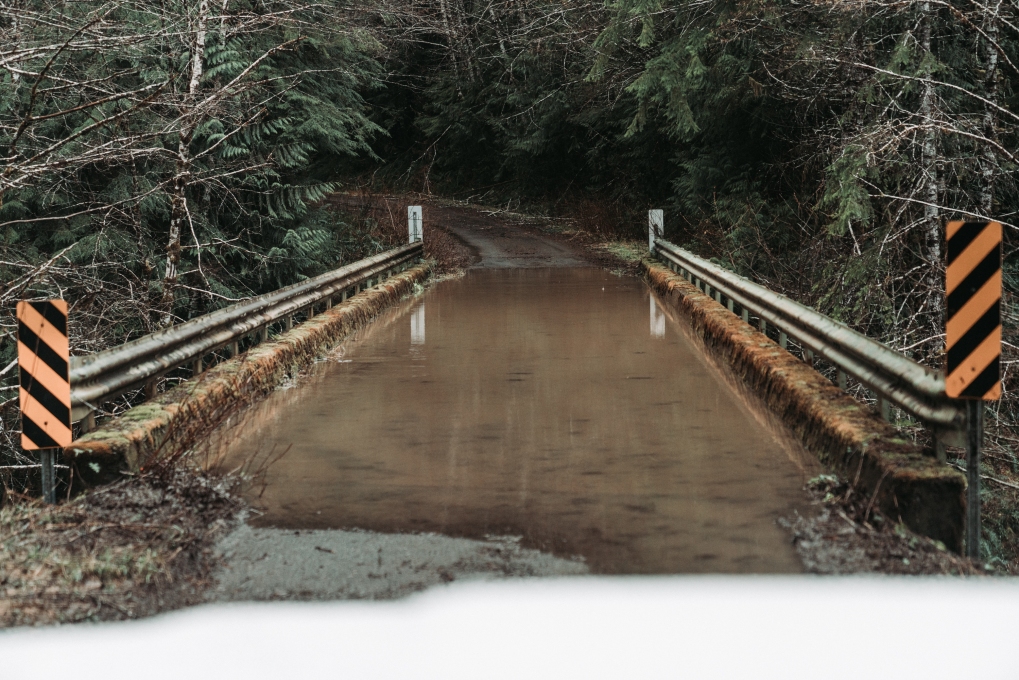